In the course of his podium finish in Race 1, Iribe's fastest race lap earned him the pole position for Sunday's Race 2. At the drop of the green flag, a great starting jump put him ahead of the field from where he would execute a lap-by-lap extension of his lead throughout the course of the race. This performance completed Iribe's turnaround of the weekend that started with mechanical issues and ended with two Fastest Race Lap awards, a second-place finish, and finally the top step of the podium in Race 2.

Luck's podium class win and second-place SRO3 finish keeps him at the top of that series and well into serious contention for the Overall SRO3 Championship title. His first-in-class pole position was challenged for the first half of the race with various competitors within 1 second of contesting for position but Luck managed to both maintain his line and avoid the traffic pitfalls that eliminated some of his possible contenders from being any real threat.

Jeff Burton's (#191 Rearden Racing Lamborghini Huracan GT3) third-place SRO3 finish and second-place Masters podium-class hardware was another welcome close to an otherwise rough weekend for the Rearden team who were unable to salvage their other Lamborghini for competition and entered the replacement for Burton in GT America instead. 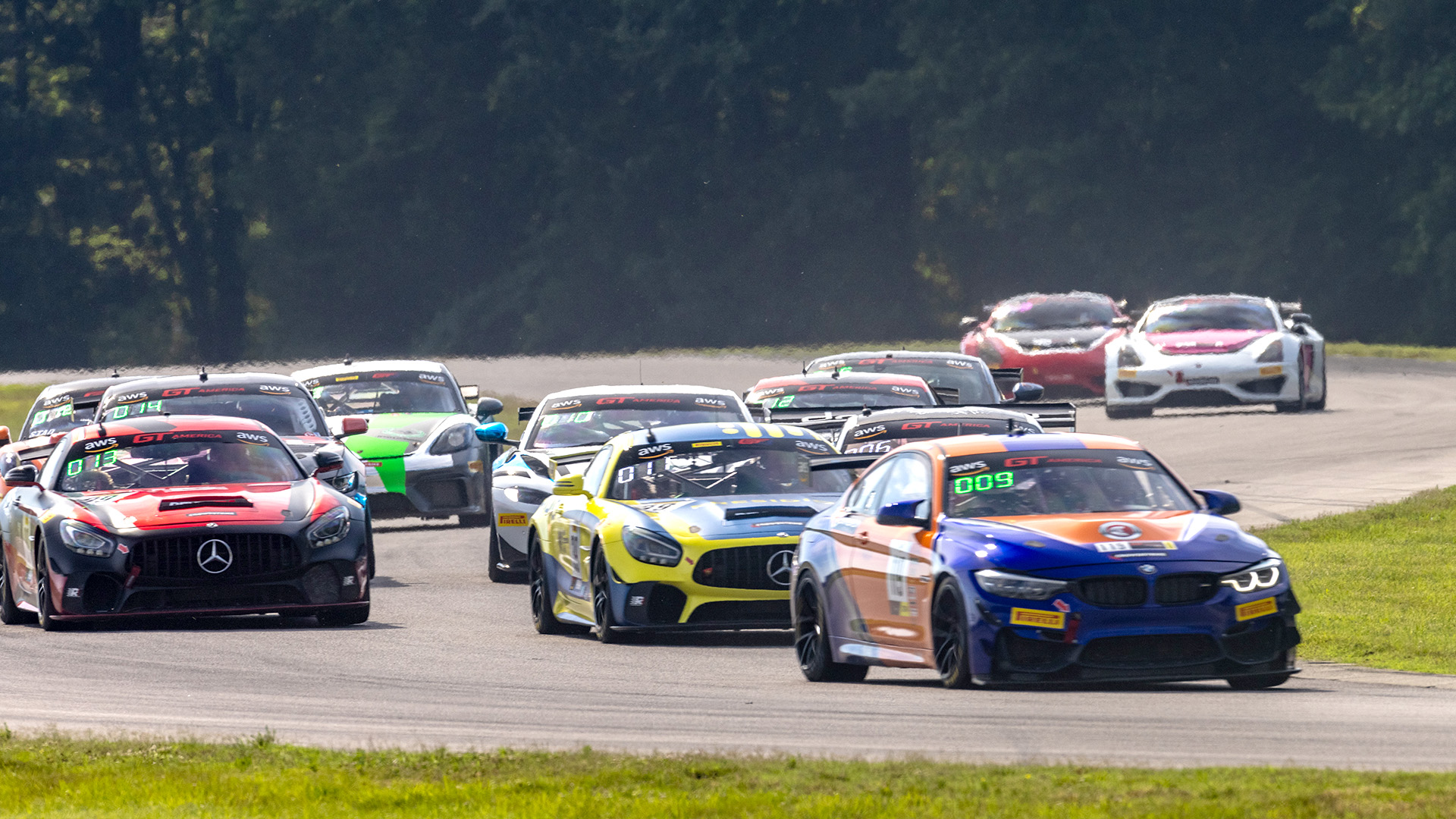 In GT4, Quinlan's duplicated flag-to-flag feat did not go as unchallenged as Iribe and Luck, as the Stephen Cameron Racing driver defended against the charging Alex Welch (#76 ROTR Motorsport Audi R8 LMS GT4). Welch's attacks for position began after the halfway point of the race and heated up all the way to the last-lap drag race to the finish. Quinlan's defense held and Welch would take home the second-in-class hardware for his efforts.

Jason Daskalos (#27 Daskalos Motorsports Audi R8 LMS) had a great 5-position jump at the start, but a series of spins and contact with George Kurtz (#04 DXDT Racing Mercedes-AMG GT3) utlimately ended up taking both cars out of contention for the rest of the race.

Also of note, the Zelus Motorsport team and driver Jason Harward (#88 Lamborghini Huracan GT3) seemed to be making headway in resurrecting their own difficult weekend with Harward driving from a P7 all the way up to a podium-placement by the halfway point of the race, but late-race pit exit dropped them back down to a fifth-place overall finish.

The CBS Sports Network weekend highlights program for GT America premieres on June 13th at 2:30 pm EDT. The series next makes a stop in Music City as part of the Big Machine Music City Grand Prix in Nashville on August 6th - 8th.