Sonoma, Calif. - George Kurtz has driven his #04 DXDT Racing Mercedes-AMG GT3 to victory with a flag-to-flag run that sweeps the weekend for Kurtz, DXDT Racing and Mercedes-AMG in the SRO3 class. In Masters, Charlie Luck drove into a class win in his #45 Wright Motorsports Porsche 911 GT3 -R 991.2 on his way to the 2nd Overall position. In the GT4 class, Rotek Racing's Rob Holland drove his #99 Ford Mustang GT4 to the top of the podium after a race-long battle with Classic BMW's Phil Bloom (#11 BMW M4 GT4) and Stephen Cameron Racing's Sean Quinlan (#119 BMW M4 GT4), with GMG Racing's Jason Bell (#2 Aston Martin Vantage AMR GT4) applying pressure to the group.

Under cold morning temperatures, warmed-up tires were the concern of the morning at race start. A few inconsequential bumps and rubs later and competitors were ready to trust the tires and charge 110%. In the GT3 field, Kurtz was able to parlay the pole position into an excellent start that put him out front early. It then became a battle with the P2 and P3 qualifiers, Jason Harward and his #88 Zelus Motorsports Lamborghini Huracan GT3 and Master Class pole-sitter Luck. The two exchanged positions several times during the race while fending off some challenging runs from Rearden Racing's Jeff Burton in the #191 Lamborghini Huracan GT3. 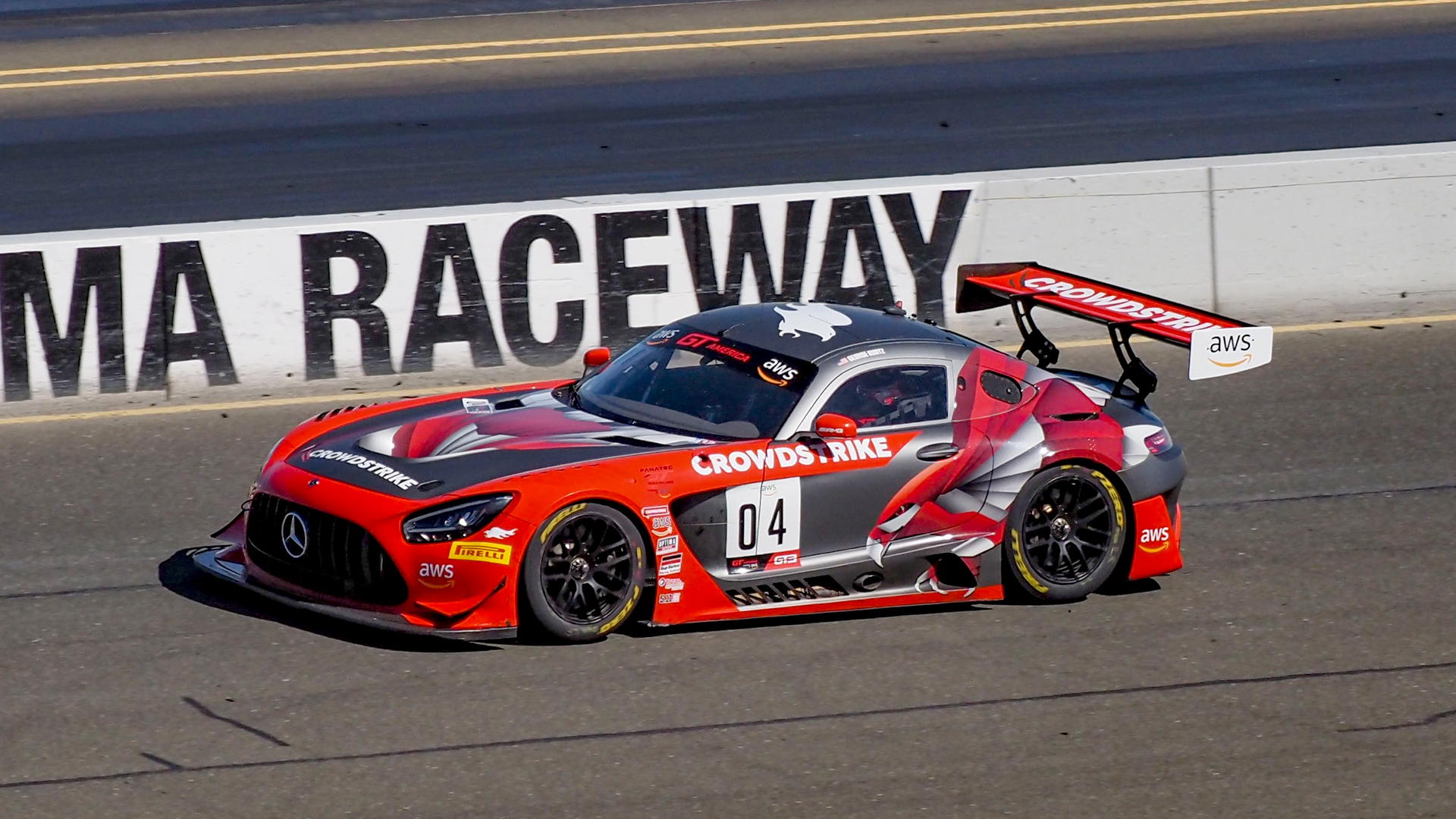 By the middle of the race a Full Course Yellow due to errant track debris allowed the field to pack up and prepare for another run for the checkered, but Kurtz managed another excellent start/restart action and was away to run the remaining six minutes building another lead. Luck, unable to catch Kurtz, would end up first in class and second at the checkered, with Harward completing the weekend GT3 podium repeat in third place.

In Masters, Burton managed to put together a decent run for both overall and Master Class positioning but ended up behind team mate Dimitiri Novikov (#29 Lamborghini Huracan GT3) at the drop of the checkered.

The GT4 contingent are proving to be a competitive bunch as the undulating field positions of the grid started at the drop of the green and continued through the restart after the Full Course Yellow. Holland and Bloom battled for top positioning after the restart, with Race 1 winner Quinlan close enough to be a worry and Bell behind him, making it a possible four-way battle for first. Several minutes ticked off from the remaining six after the restart when driving and mechanical incidents struck including slowing from Tim Pappas (#54 Black Swan Racing Porsche Cayman GT4 Clubsport MR) and a late-race spinout from Ross Chouest (#89 RENNtech Motorsports Mercedes-AMG GT4). At the checkered, it was Holland, Bloom and Quinlan that would take the podium and just deny Bell his second podium of the weekend in his new platform.

Catch the Sonoma weekend highlights package on CBS Sports Network premiering on March 17th at 8:30 pm EDT; check your local listings for channel information. GT America powered by AWS packs up the paddock and prepares for the next rounds of competition at Austin's Circuit of the Americas on April 30 - May 2.