We will see the return of veteran teammates Jason Bell and Andrew Davis, who are making the leap from Porsche to the venerable Aston Martin marque; the weapon of choice for the duo in the GT4 America Sprint X series. The stunning Vantage is one of the most striking cars on the racing grid. Bell, whose runaway success in 2020 nabbed him second place in the prestigious global Porsche Cup, will also be racing the Aston, solo, in the all-new GT America sprint-style series. His gratitude to Stuttgart-based Porsche, though, is quite plain to see. “A big thank you to Porsche Motorsport for all their help and support over the past seasons,” Bell humbly explained. “Without their expertise and knowledge, we would have never been able to achieve the success we did.” On the upcoming season in the Aston Martin, Bell and Davis both ooze with excitement and praise. “We battled hard all year long with the Aston Martins during the 2020 season, so I’m very familiar with the capabilities of the car. We had a very successful season with GMG Racing, and it’s a huge benefit to be returning with the same core group, for consecutive years…we’ll be in the prime spot as championship contenders in 2021!” Davis exclaimed.

Speaking of consecutive years, two teammates returning to the GMG fold this season are Elias Sabo and Andy Lee. Brimming with confidence, they’ll be piloting the Audi R8 LMS GT4 EVO in GT4 America SprintX, with Sabo also tackling the GT America solo series in a second GT4 EVO from Audi. They’ve been putting in the hours in the winter off-season, and we’re excited to see their hard work pay dividends. “Elias and I have been working together for a few years now, and I’m proud of the progress we’ve made. The Audi gives us such a well-balanced platform, and with the GMG crew, so we’ve got a good shot at a podium at any given race,” Lee assured.

New to the GMG Racing GT America roster in 2021 are talented series rookies Kyle Washington and Jason Nolan. Washington, a newcomer to racing, won’t allow his lack of experience hold him back. His aptitude for learning is clearly evident as he continually improves his lap times at the track under the tutelage of the GMG team. We’re excited to see what heights he can reach in his new 911 GT3R at select events this season! And, while Nolan is classified as a series rookie, his prior experience racing gives him a huge leg up in his new Audi R8 LMS GT4 in the GT America series. After bearing witness to some winter testing, we know he’s sure to be quick this year; primarily at the Circuit of the Americas, with possibly more races to come. “GMG Racing’s championship-winning history with Audi speaks for itself,” he said. “I’m excited to be racing in the GT America series with the team.”

Series veteran and team owner James Sofronas will once again, as always, be steering the ship this season, in addition to racing in select GT America events with his Audi R8 LMS Ultra as well as the GT WCA. As he begins the healing process from shoulder surgery, we know his insatiable passion for racing ensures he won’t be out of the driver’s seat for too long. Like the rest of the team, his excitement and gratitude around the upcoming year is easy to understand. “2021 will be another banner year for our program. I’m excited for our great customer lineup and looking forward to working closely with each driver this season. I am also excited to announce the addition of Marcus Haselgrove to GMG, as our Team Manager for the upcoming season. He brings a wealth of knowledge and experience to our program. I have known Marcus since our Championship run in the Audi R8 LMS Ultra back in 2013 as was instrumental in our success that year with the Audi Brand. Marcus shares that same excitement as he looks to take on the new roll with the GMG Racing program, “I am tremendously excited to join GMG as their Team Manager. During my tenure with AUDI, we worked closely with GMG, and that relationship was instrumental in introducing homologated GT3 cars into Pirelli WC (Now SRO). Their organization captured the 1st American GT3 win, 1st American GT4 championship, with continued success across multiple manufacturers and GMG has a world class portfolio of Race Technicians, Engineers and logistics staff within their racing program.

Haselgrove will work closely with Joe Foster, Logistics Dir. for GMG, and continue to elevate the profile of our Racing Program. Joe has been a key ingredient in the growth of our customer program as his impact has really been felt by the clients who he serves as well as the team. I am very fortunate to have Joe as part of this team and now he and Marcus will really bring this program to greater heights, stated James.

With racing almost upon us, we’ll be hard at work testing at the Thermal Club as well as some other local California Tracks. It might still feel like the off-season, but the Season will be here before we know it! We can’t wait to get the season started at the inaugural event in Sonoma! Be sure to stay tuned to our social channels this year – it’s shaping up to be an exciting one! 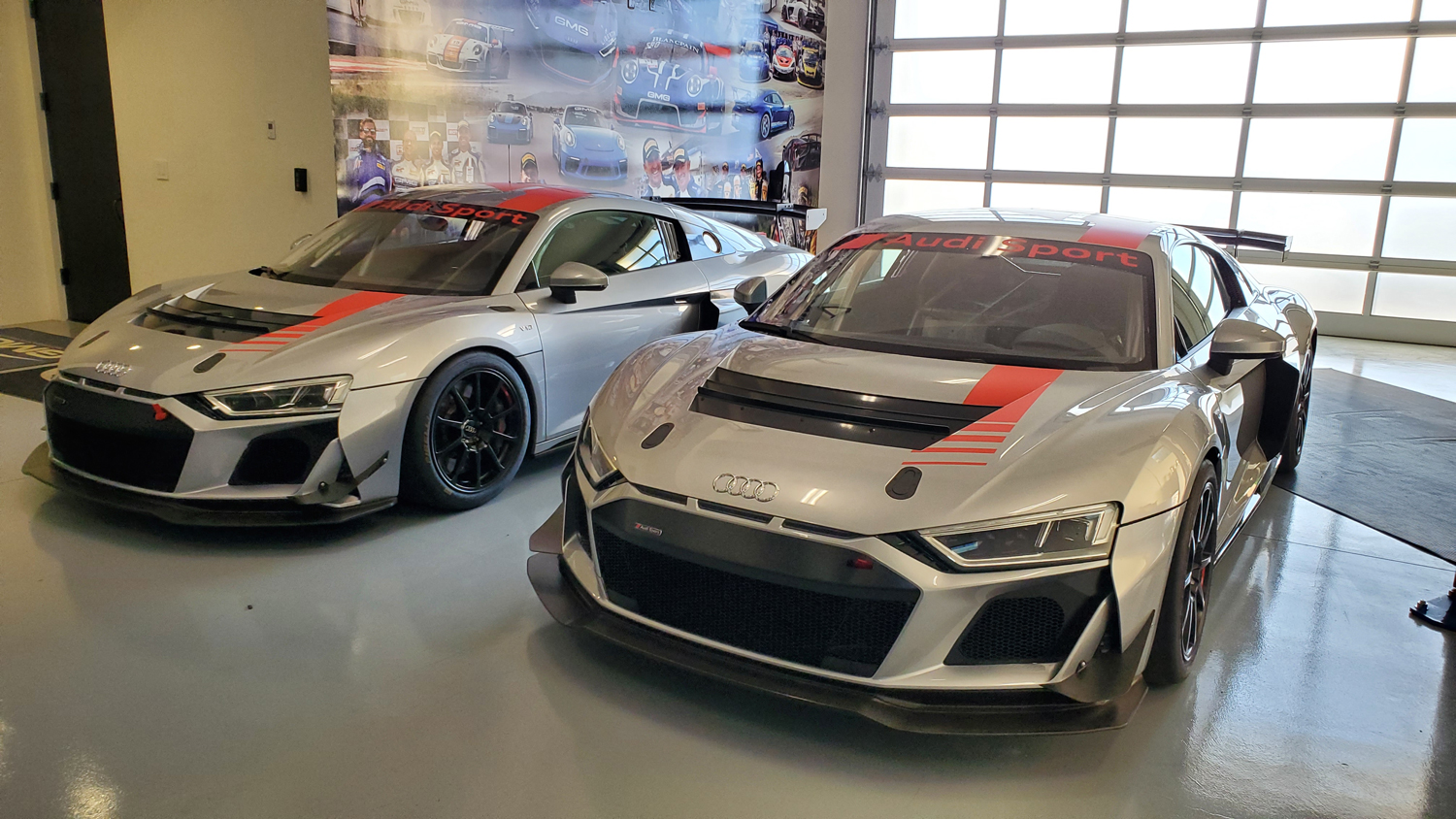