CrowdStrike, a world leader in cybersecurity and cloud protection, as well as a series sponsor for the SRO Motorsports America group of championships, has announced its continued commitment to presenting the Fast Lap Awards, given to the overall fastest race lap in each series, for the second year running.

“At CrowdStrike, every second counts. That’s not just a slogan or flashy catch phrase. It truly is the life-blood of our business,” says Danielle Crespo, CrowdStrike Racing Program Manager. “That’s why we’ve again partnered with the Fanatec GT World Challenge America powered by AWS championship - to recognize those drivers who embody the penchant to win, faster. A fast lap is the result of finely-tuned precision from the crew, expert strategy from the team, and pure skill from the driver. The Fastest Lap in a race is the perfect harmony of these elements to achieve the best possible outcome.”

The awards will again consist of podium recognition for each race, with accumulated Fast Lap awards throughout the year determining the final recipient of the CrowdStrike Fast Lap Award package, presented at the awards banquet.

The following winners were recently awarded at the season opener at Sonoma Raceway in Sonoma, Calif., on March 6th and 7th. 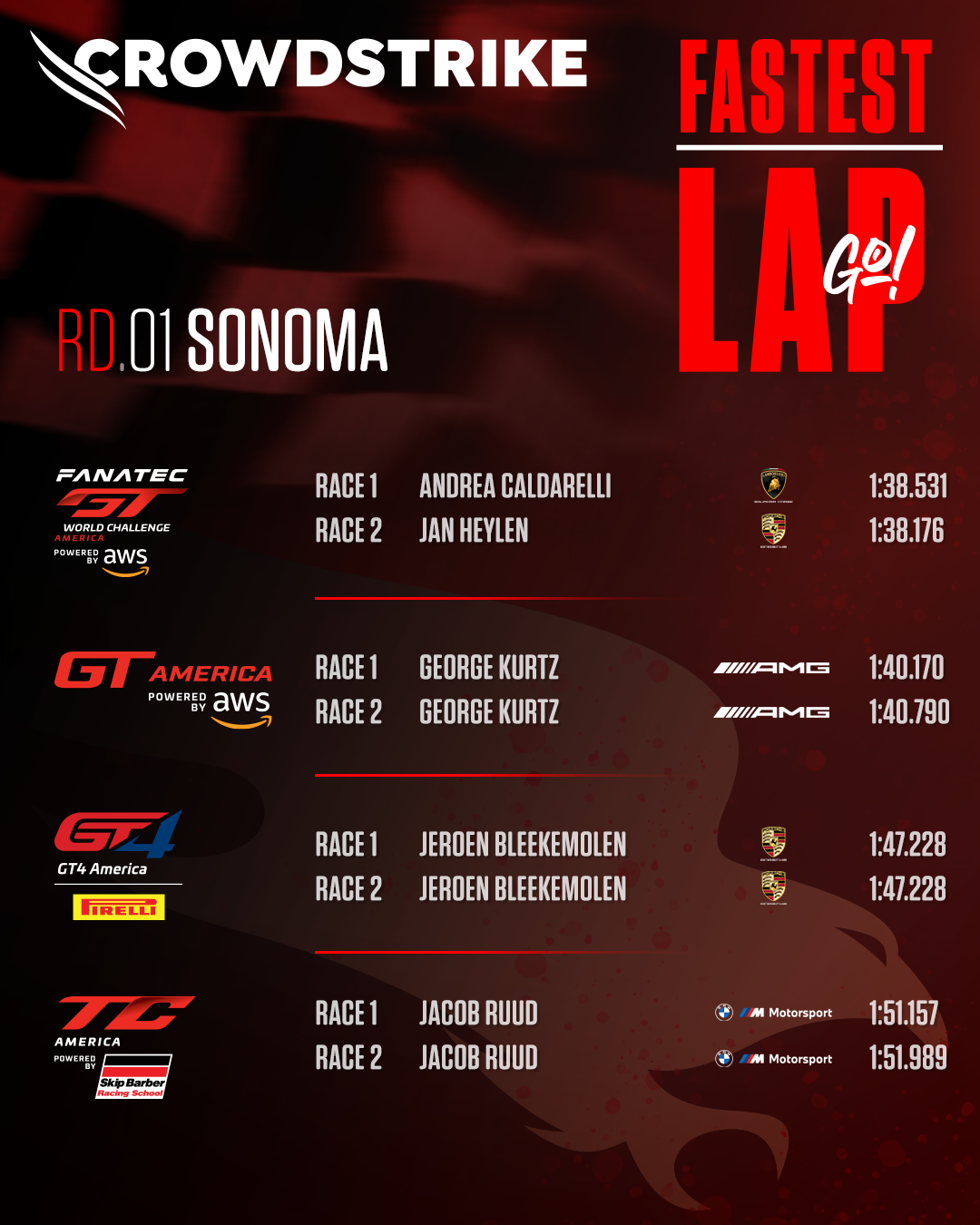